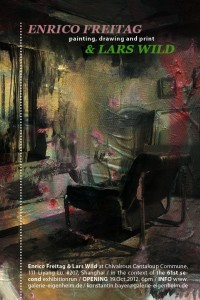 > Enrico Freitag
Search and find, work and life are virtues in which the painter not only embody the existence of man, but also can get an insight into the deep work of the artist himself. Freitags works allow the viewer to occasionally delve into dark environments. Perspectives branch deep into the space, portraits become mystical images, which can be personality issues openly, groups of people forming social structures and behaviors, thought patterns get revealed. Protagonists are waiting, but in an active, though contemplative state. At the same time, however, avoid and absent is the part of the image content. Fragments of his own studio environment oscillate with a collage constructed spaces. So the pictures tell about the search for the meaning of individual existence, as well as the painter‘s prozess of searching subject and content. With their picturesque quality, these works beared some resemblance to a fairytale, whilst still maintaining a sense of reality.

> Lars Wild
In the beginning, Wild‘s artistic concepts were expressed in the form of graffiti. The motivation for such work stemmed from an interest in situations and themes relating to social helplessness and dependency. This was the starting point for what became a regular situation for Wild; being in a state of constant self-reflection and observation. Personal sensitivity allows him to be in tune with subjects and objects in his work. Wild always finds painting to be emotionally confronting. Hence, his work is always sincere
and honest. Sometimes he mix this kind of topic with humor like in „the hidden message“. 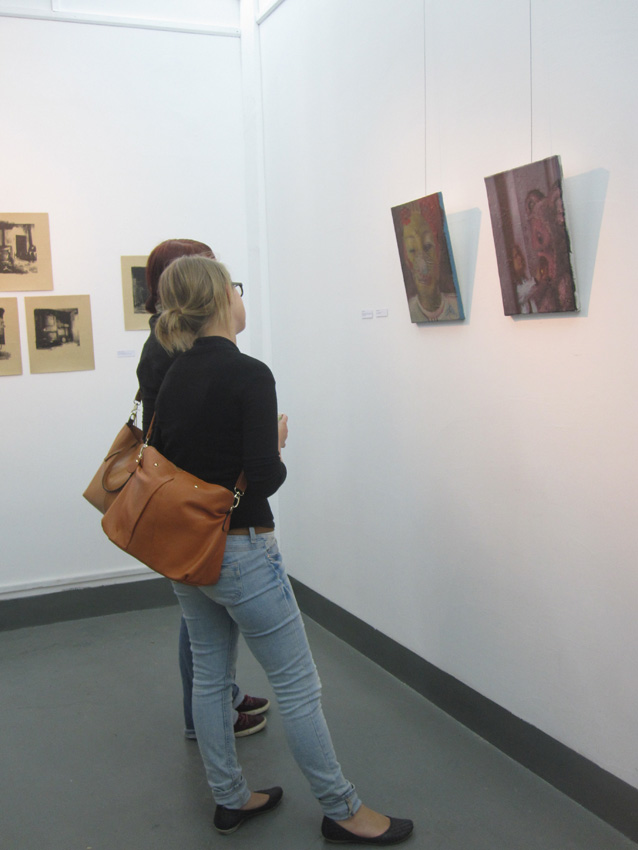 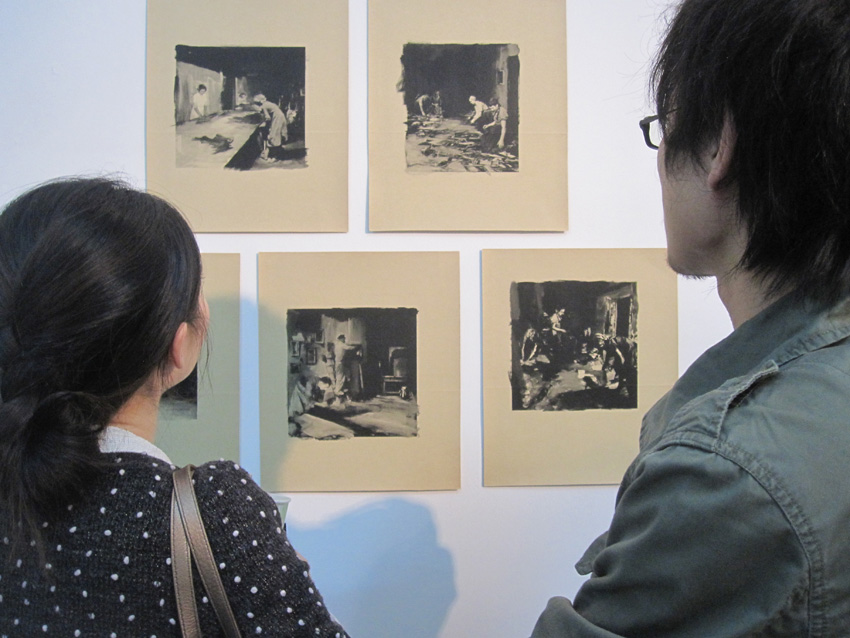 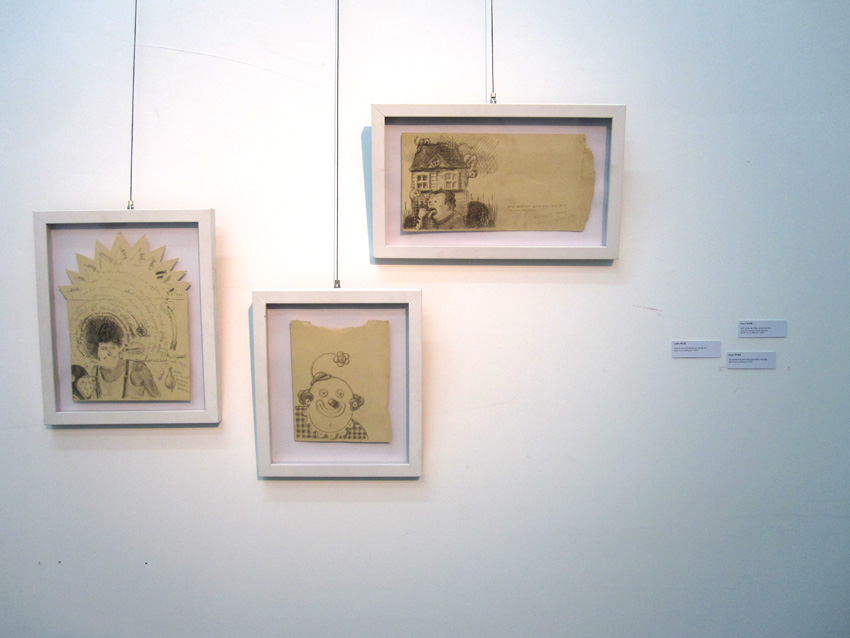 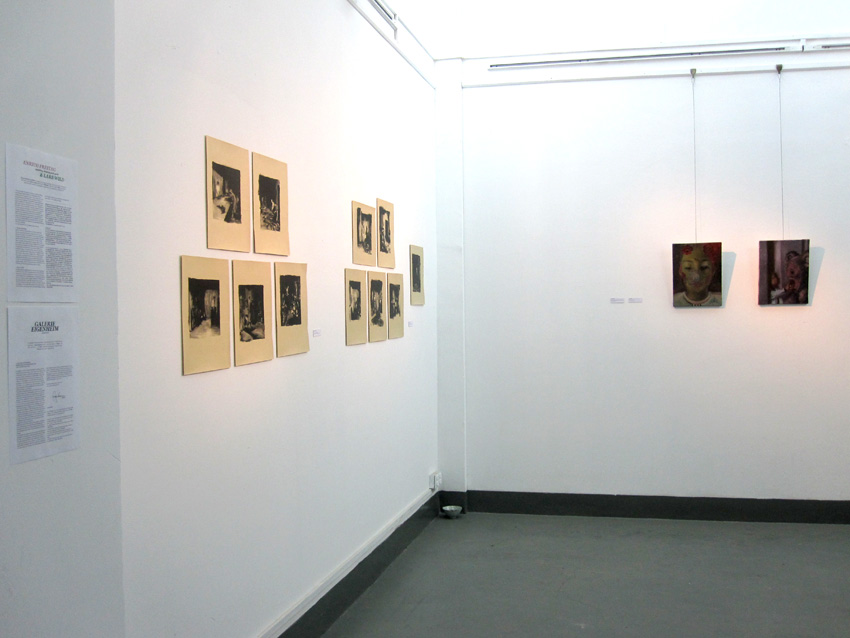 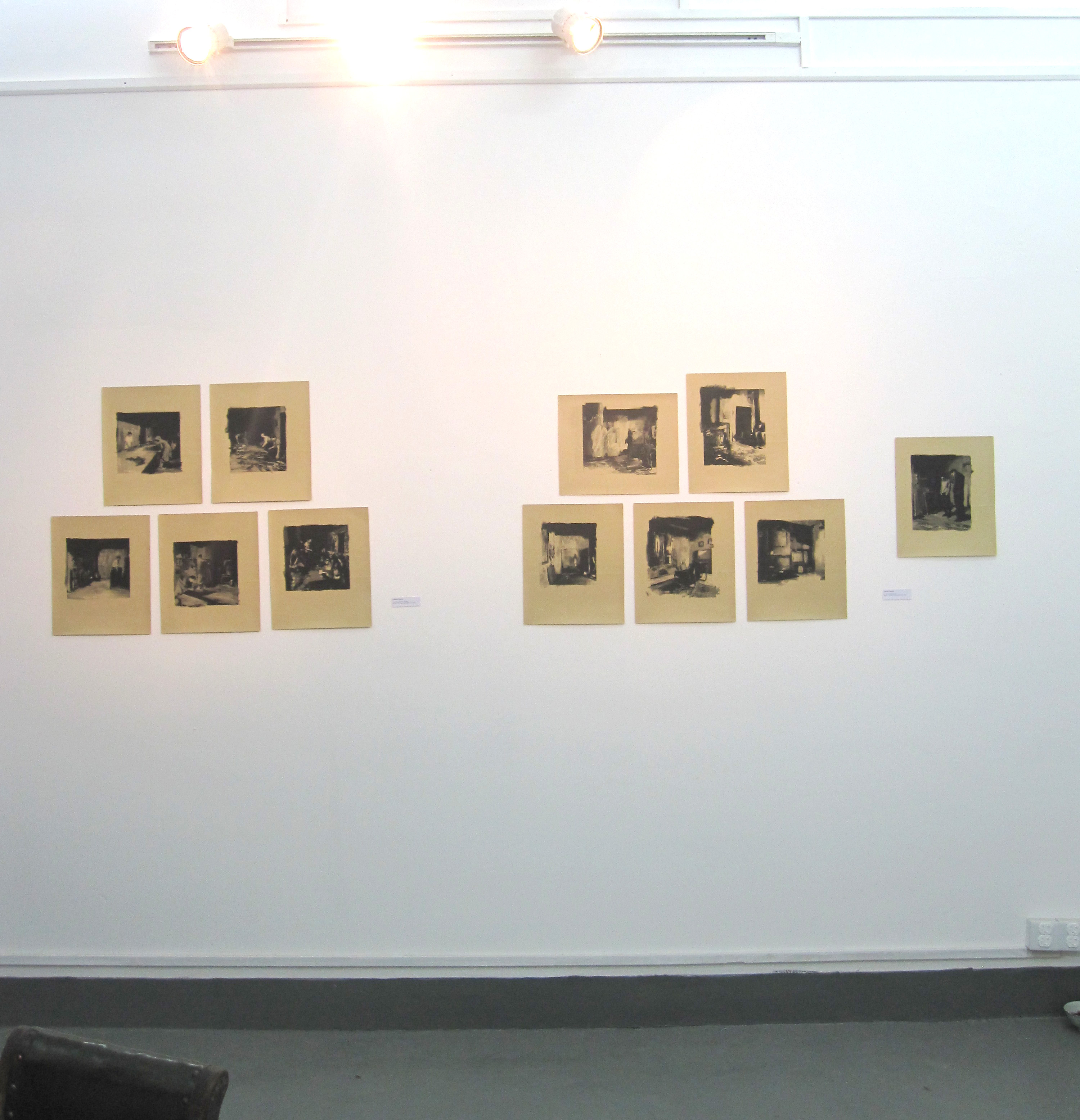